Artie Glines has lived with his wife Barbara for the last 35 years in Central City, NE. They had a Country and Western band from 1968-1992.  He did Auto body work in Aurora, Grand Island, and Central City. At the time he retired, he had been partners in a used cars dealership in Central City. Since retirement he has done many, many woodworking projects. Approximately 2yrs ago he took up painting. He has always been artistic but with little time. His brother made belt buckles and his sisters were well known painters in their own circles.

He likes to use oil paint on canvas and the technique is wet on wet. 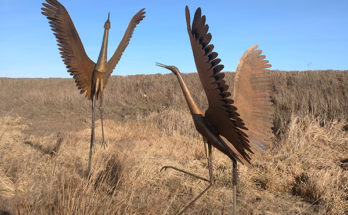